There is strong evidence that dietary habits throughout childhood and adolescence may influence eating patterns later in life. Eating a diet high in sodium and salty foods will lead to a taste preference for salty foods (1). By nature, salty foods are often higher in fat and sugar, more processed, and lower in micronutrients. 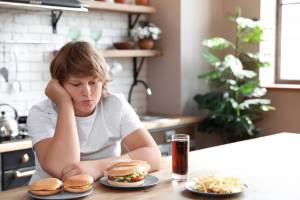 The recommendation for the adult population to reduce sodium intake will be more successful if children do not develop a preference for salt in their diets (1). Sodium is found naturally in foods and therefore only small amounts of sodium need to be added to our meals and intake.

Simple changes can be made to a child’s diet to make sure they don’t consume too much sodium. These include: 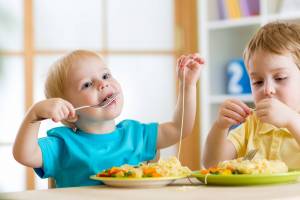 Why is it important to reduce sodium intake and make sure children do not develop a taste for it?

How does sodium cause obesity in children?

While sodium does not directly cause obesity, it is a major influencing factor though its effect on sugary drink consumption. Salty foods make you thirsty and increase the amount of fluids consumed. If those fluids are high in sugar, this will add additional energy to the diet which may lead to increased body weight. Salty foods tend to also be more processed, for example, fast foods, biscuits, crisps, cakes, frozen foods, pies and noodle products. High intake of these foods can lead to obesity which will predispose young people to diabetes and heart disease. 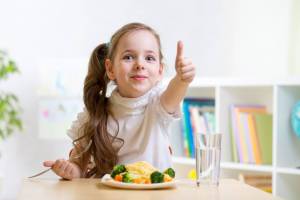 Overall, children should have as little added salt as possible in their diets. Consume a wide variety of fresh foods from across the fruit, vegetable, dairy, meat and cereal food groups. Try and choose foods with lower sodium values on the packaging nutritional labels. There is nothing wrong with adding flavour to foods but being aware of how much sodium is being consumed is important and using flavour-enhancing products low in sodium is essential.

Food should be enjoyed, and we should teach our children to appreciate healthy meals and make them tasty so that children grow up to appreciate the value of a nutritious meal.

In Australia it is recommended that adults consume no more than 2300 mg of sodium daily.

For children the recommendation is less:

Sodium is important for general good health and plays an important role in the body. Like any other ingredient, too much salt in the diet can cause health concerns. Too much salt can lead to an increased taste for its inclusion in meals. Start children on the right path by ensuring that sodium intake is kept to a minimum by using less salt and choosing foods with lower sodium content on the packaging.

Serve and eat foods lower in sodium and eat well.